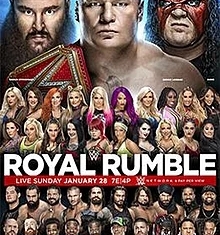 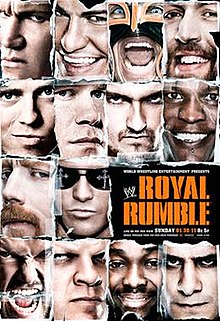 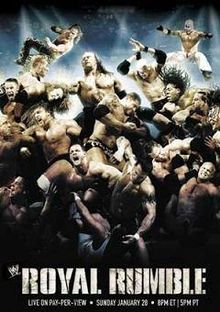 Best in Show is back in 2019 and we’re doing another Royal Rumble… But we need your help! What Rumble should we review for the first Best in Show of the Year!

Royal Rumble 2018 – It’s a double Rumble and could possibly be the most recent show we’ve ever done! The classic Royal Rumble Match, a colossal triple threat for the Universal title and the first ever Women’s Royal Rumble!

Royal Rumble 2012 – Can Daniel Bryan retain his World Heavyweight title when locked inside a Steel Cage with two monsters Big Show and Mark Henry? Can John Cena rise above hate and stand up for his best friend in the world Zack Ryder from the many many beatings of Kane? Also Brodus Clay wrestled Drew McIntyre here? Sure why not.

Royal Rumble 2011 – Have Mike Paivas prayers been answered?! A show to watch that only has 4 matches on it! But jokes on him because it’s a bonus sized Royal Rumble and for the first time ever 40 men compete to win! Plus we get Edge vs Dolph Ziggler, Miz vs Randy Orton and LayCool defend the Divas title!

Royal Rumble 2007 – With this card we see if the gang can remember any of these things that happened. Hardy Boyz reunion #2747, Test challenging for a heavyweight title, When blood and chair shots to the head were not only encouraged but also Allowed, and MISTER KENNEDY!……….KENNEDY!

Royal Rumble 2005 – A lot of people mark 2005 as a dark time in WWE. Join us for the highs (The first match) and the lows (The second match). Also find out what superstar made Mikey fall back in love with the WWE. Let’s just call him M. Hassan, Nah that’s too obvious let’s call him Muhammad H.