That’s what I asked Lumberjake when he showed me the trailer for this obscure 1998 film starring Michael Rapaport as the titular naked man, which also starred Rachel Leigh Cook (She’s All That), John Carroll Lynch (Zodiac), and John Slattery (My dreams). Did I mention this movie was also co-written by Ethan Coen? Yeah, of the Coen Brothers. I was just as surprised as you are dear reader.

We desperately wanted to review The Naked Man for Three Way Theater, but it wasn’t easy. After researching everything I could about this movie I randomly got into contact with Jeff Barklage, who just happened to be the Director of Photography for The Naked Man! 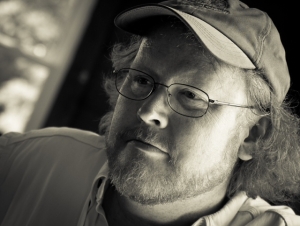 Tell me a little bit about yourself. Who is Jeff Barklage? What brought you in the movie business, and what made you interested in cinematography?

I’ve ALWAYS been very, very interested in the movies since I was scarred witless by horror movies as a kid… When I turned 16 and got my driver’s license, I hit up every film production company in town. Most laughed at me for wanting to get in this crazy biz, but one guy hired me [freelance] as a camera loader/camera PA and on it went 🙂

What were some of your favorite movies growing up?

Were you a fan of professional wrestling at all?

Funny thing, my great-grandfather used to watch the TV broadcasts of wrestling in the 60’s & 70’s, and I used to love to watch them with him and hear him yell and cuss at the TV set!

I’ve seen a few. The Wrestler (2008), Nacho Libre, No Holds Barred, Over the Top, Paradise Alley, and Vision Quest are ones that I remember.

How did you get involved with this film? You mentioned in an earlier conversation we had that this was your first studio film as Director of Photography. How did this come about?

The director of this film J. Todd Anderson and I went to the same university [Wright State in Dayton, OH], and we ended up shooting country music videos in Nashville together. J. Todd landed the job of storyboard artist for the Coen Brothers on Raising Arizona and this started a very long [and continuous] relationship with them.

J. Todd wrote the original script idea, and together we shot a short film based upon this storyline to try to get investors interested in doing this film. Apparently he screened this short film for the Coen Brothers when they were shooting Fargo, and Ethan decided to rewrite the script.

Well, Fargo won the Academy Award for best screenplay and having recently re-written J. Todd’s wrestling script, Ethan & J. Todd presented it to October Films. They decided to take a gamble and let J. Todd Anderson direct it, and he insisted that I DP this picture. The executive producer wasn’t too keen on having BOTH the director and the DP being first timers [to set the record straight, I was already an accomplished camera man, having shot the Budweiser Superbowl commercials and tons of other commercials and having worked on several features already], but J. Todd insisted in my involvement and off we went.

Halfway through our six-week principal photography October Films was sold to Universal Pictures, so the dynamics on set changed a bit.

Getting to speak to a DP is especially interesting for me, because it’s the first time I get to ask about some of the thought process behind filming the pro wrestling scenes. Did you already have a style in mind when you went to film? Did you have to change things up on the fly, or was it all story-boarded out ahead of time?

The director J. Todd Anderson is a VERY visual guy, and he is an incredible storyboard artist. Look him up online, you will be amazed at the enormous amounts of gigantic films he has boarded. So he made a set of storyboards for the entire film [just like he does for the Coen Brothers]. Now, that being said, it DOESN’T mean you must stick to these renderings if you see something better in person, but it’s wonderful to have a visual plan already on hand, especially something to fall back on if things go awry. During action scenes, like a wrestling scene, we would see cool possible shots during the rehearsals and would make notes to grab some of these actions from other cameras or other positions. Often times we would use multiple cameras to capture the action, especially if it’s something very exhausting or dangerous. I think in the entire film, the only shot that has any CGI was in the BIG wrestling scene when Michael Rapaport, wearing his NAKED MAN wrestling outfit, picks up The Viking and holds him above his head while ascending the side ropes of the ring! And that was only to remove the wire harness and main cable that held The Viking above Michael’s head! Everything else was shot for real and in camera, no other post production tricks!

You’ve got a pretty great “90s” cast with Michael Rapaport, Michael Jeter, Michael Ferrero (the lawyer from Jurassic Park!) and the very 90s Rachel Leigh Cook, but you also have John Carroll Lynch AND John Slattery, which is awesome. Any fun stories about the cast? 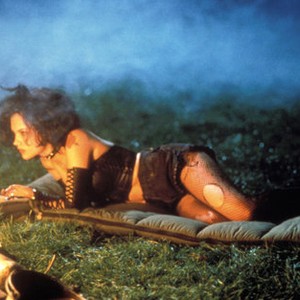 Yes, the cast was incredible!

I was totally blown away with the great acting and sometimes campy approach– the outfits/costumes were crazy fun. I mean, look at John Carroll Lynch in his sea-foam colored Elvis suit! And Rachel had the classic “LOVE & HATE” fake tattoos across her chest!

I remember we were shooting some scene in a small town outside Minneapolis, the full cast was there wearing their crazy costumes. We heard a Harley bike rumble through the town as we were setting up the lights and up pulls Michael with little Rachel Leigh Cook on the back, clinging on to Michael for dear life! It turned out to be her 18th birthday and everyone sang to her!

It’s been 20 years since you filmed this movie. I know it’s been a long time but do you have any vivid memories about filming? Were the Coen’s on set?

The Coen’s are actually from Minneapolis, and this was the deciding factor on why we shot there. Both Joel and Ethan were at the production offices during the pre-pro [the pre-production] and Ethan stayed for a while for any re-writes. The shoot was 6 weeks in length, 6 day weeks so we shot for 36 days for the principal photography. After the rough cut was complete, you always find several shots you need to get to fill in any holes or to make the movie flow better. We ended up shooting for several days in Dayton, Ohio, where J. Todd Anderson lives between Hollywood projects. I think we shot things like– a motor cycle pulling away from the camp fire, Rachel’s hands intertwining with Michael’s [both were using doubles for the actors], various crowd shots of reactions, shouts, etc. little things like that.

I love Raising Arizona, The Big Lebowski, and True Grit.

Fargo was my all-time favorite of theirs for a very long time (love the FX series that Noah Hawley is doing also), but I think No Country For Old Men tops it for me these days. I don’t think you can really go wrong with any of their movies.

What are you working on now? Anything you’d care to plug?

I am not sure how you feel about UFC stuff, but I shot an action/sci-fi film in Croatia starring UFC’s Mirko Filipovic [Cro-Cop] entitled Ultimate Force. 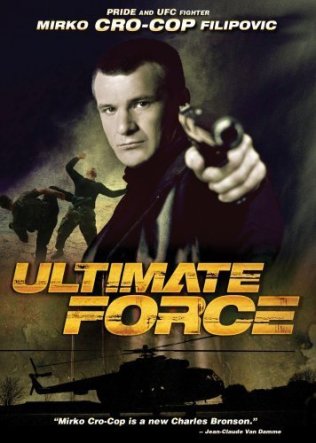 We are equal opportunity when it comes to fighters, so I’ll definitely have to check this out!

Very cool! Jeff, thank you so much for taking the time to talk with me about this movie. I really appreciate it!

Thanks for the opportunity to share my experiences on this wild film. I hope you enjoy it!

This was such a cool experience, and following this interview Jeff got me in contact with THE DIRECTOR HIMSELF J. Todd Anderson! How frigging awesome is that? That interview will be coming in the next few days, so keep your eyes peeled for that.

Jeff is an Emmy award-winning cinematographer bringing over 25 years experience to the table. You can check out some of his other work at http://www.barklage.com/!