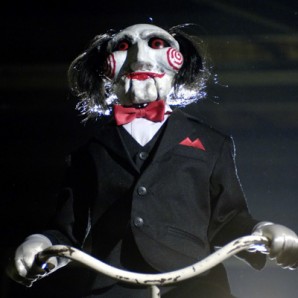 It’s the third Halloween Spooktacular at Three Way Theater as Mike, Lumberjake, and JC finally review the much hyped Oh! My Zombie Mermaid after surviving the exploding cake from the last episode of Best in Show.

But what the hell is O!MZM about?

Kouta (Shinya Hashimoto), the leader of a pro-wrestling organization called “Zero”, is planning an over-the-top housewarming at his new mansion. The not-so-lucky attendees include his sister Nami (Sonim), TV producer Yamaji (Shiro Sano), and jealous party-crashing rival Ichijoh (Nicolas Pettas). Of course Ichijoh’s appearance ignites an epic battle which all but destroys the entire place. Kouta’s wife, Asami (Urara Awata) . . . contracts a mysterious disease. Meanwhile, the ratings-obsessed Yamaji concocts a plan to broadcast the most epic wrestling battle ever conceived.

The boys discuss the insanity of this 2004 gem, the epic camerawork sprinkled throughout, Mike Paiva’s problematic comments, and mouth cupping. So much mouth cupping. It should be noted the guys may also be getting stalked by a malevolent psychopath who tried to kill them with bad movies and exploding birthday cakes. TBD on that one.

Oh! My Zombie Mermaid is still available on Amazon, although the price seems to have skyrocketed since we mentioned we were reviewing this film for TWT. But whatever you pay, it’s worth the price.

One thought on “Episode #35: Oh! My Zombie Mermaid”